Wig is short for ‘periwig’ which first appeared in the English language around 1675, referring to the large, elaborate, powdered wigs that judges and barristers would often wear. The word wig may also have a relation to the white powder, or flour used. The wearing of wigs also contributed to some other words. The French King Louis XIV started wearing wigs in the 1600s, and the fashion trickled down through the upper classes. It became a status symbol to wear a big, elaborate wig, as only the upper class could afford them- the ‘bigwigs’. The word toupee was first used in France in the 1700s, meaning ‘tuft of hair’ and we’re still using it today. 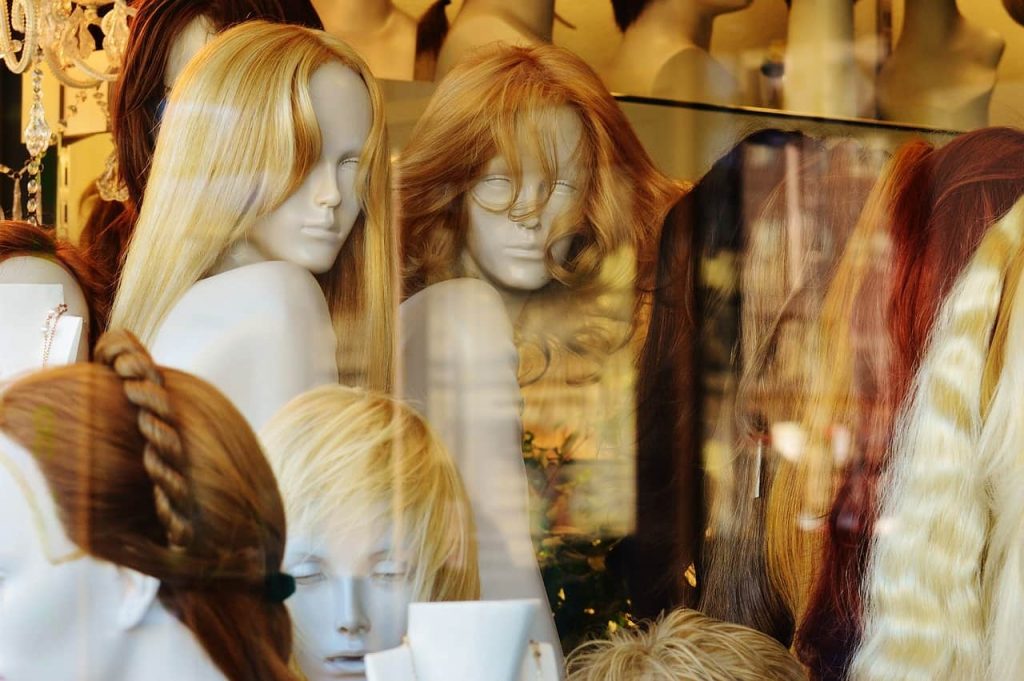 The history of using human hair in wigs goes back further than you may think! Even earlier than 1675. It’s certainly not a recent invention, with many ancient cultures using wigs for a variety of reasons including fashion, sun protection, and theatre. The Egyptians used beeswax on theirs and often scented them, and the Romans, which could at times have quite elaborate hairstyles, are just two of many cultures. A little more recently, think of Marie Antoinette and her elaborate hair designs, sometimes featuring ships, birds, and bows! That’s definitely not all her hair!

From the women who sell their hair to those who gather it, to the temples who can sell it for $700 per pound, a human hair is worth its weight in gold. It’s even sometimes referred to as black gold in India. In 2014 fashion companies bid almost $14 million in just one temple’s hair auction. It’s worth so much that some salons have been burglarized, and the burglars are not after the cash register or the safe- it’s the wigs and hair extensions. The hair business is worth billions per year.

When you find a good wig or wigmaker… you keep them! Queen Elizabeth, I had more than 150 wigs, and King Louis XIV had more than 40 wigmakers. Kylie Jenner has several wigs and loves changing up her hairstyle, which she does with the help of wigmaker Tokyo Stylez, who’s worked with many other celebrities including Naomi Campbell and Rihanna. Variety is the spice of life!